Deborah Elizabeth Whaley is an artist, curator, writer, poet, and Professor at the University of Iowa. From 2017-2020, she served as Senior Scholar for Digital Arts and Humanities for DSPS, where she was an ambassador and liaison for the digital humanities, as well as director of the Public Digital Humanities graduate certificate. Currently, she is an administrative fellow in the College of Liberal Arts and Sciences Office of the Dean. Whaley received degrees in American Studies from the University of California, Santa Cruz (BA), California State University, Fullerton (MA), and the University of Kansas (PhD with Honors). Her research and teaching fields include American literature, history, and culture; the institutional history, theories, and methods of American and cultural studies; 18th century to contemporary cultural history, comparative ethnic studies, Black cultural studies, the digital humanities, the medical humanities, popular culture, and the visual arts.

Dr. Whaley has published original art, poetry, as well as articles on social movements, popular culture, sequential art, documentary photography, and film. In 2018, Whaley was nominated for a Rhysling Poetry Award for her long verse poem "Whispers and Lies" in the 2018 Bram Stoker Award Finalist book Sycorax's Daughters. She has been a Resident Visiting Scholar at the Center for Cultural Studies at the University of California, Santa Cruz, and was a recipient of a grant from the Monroe Trotter Institute for Black Culture for her research on responses to 9/11 in Black expressive art and in the public sphere.

Her recent and critically acclaimed book is Black Women in Sequence: Re-inking Comics, Graphic Novels, and Anime (2015); it explores graphic novel production and comic book fandom, looking in particular at African, African American, and multiethnic women as deployed in television, film, animation, gaming, and print representations of comic book and graphic novel characters. Mentioned in the New York Times as a leading work in the field of sequential art and representation, Black Women Sequence has garnered attention as a focus of review on television, print and online periodicals, podcasts, and remains a popular lecture choice of libraries and universities.  Professor Whaley's first book is: Disciplining Women: Alpha Kappa Alpha, Black Counterpublics, and the Cultural Politics of Black Sororities (2010). In it, she examines the cultural practices, cultural work, and politics of the oldest historically Black sorority.

Whaley's book in progress is an examination of dissociative identities (formerly known as multiple personality disorder) as a narrative trope in novels, science literature, popular periodicals, film, television, and memoir, with a particular focus on Latinx, White, Asian/American, and Black women. More than an interpretive and critical analysis of popular cultural productions, the project engages with the intersection of precognitive, emotional sentiment and disability studies and combines the humanities and social sciences to explore the racial, class, and gender disparities in the medical industrial complex. She is also completing a compilation of non-fiction, creative essays, visual images, and poetry about loss, grief, and transition. It is tentatively titled Bodyflow: Meditations on Loss, Grief, and Resilience.

Dr. Whaley's digital projects include an ArcGIS story map, "Transpacific Mappings of Asian/American Women and Dissociation," a 3D/AR virtual exhibition, "Feeling Her Fragmented Mind," Addressing the Crisis, which is an online journal focused on public sphere engagements with the theories of Stuart Hall, and "Fat Bats, Postpunks, Depressed Dills and Ice Witches," which is a sonic analysis of the music of Militia Vox and the comix of Calyn P. Rich.

Whaley was co-curator, with Kembrew McLeod, of the University of Iowa Museum of Art exhibition, "Two Turntables and a Microphone: Hiphop Contexts Featuring Harry Allen's Part of the Permanent Record; Photos From the Previous Century," and she has served as a consultant or feature writer for exhibitions on Black popular music and Black sequential art. Whaley is editor (with Mark Anderson) of the journal Addressing the Crisis, is on the editorial board of the journal American Studies, and formerly served on the editorial board for American Studies: Euroasian Perspectives and Lexington Press' Africana Studies book series. She was the 2013-2014 chair of the Women's Committee for the American Studies Association and now is serving as co-chair for the ASA's committee on departments, programs, and centers. 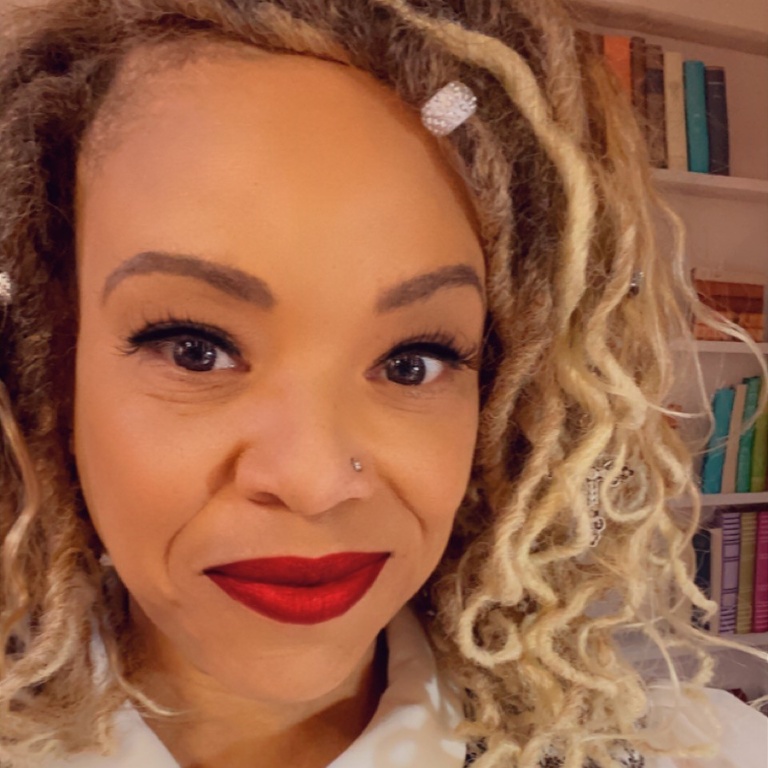